(2) The official investigation, conducted by local authorities, the Russian embassy and the U.N. mission to CAR, indicates that the journalists passed the Sibut checkpoint around 2000 GMT. Ignoring advice not to travel at night, they were ambushed by unknown assailants 32 km north of Sibut. According to CAR authorities, ten armed individuals, “wearing turbans and speaking neither French nor Sango” (suggesting Muslim miliamen) attempted to steal their vehicle. When the three journalists resisted, they were shot dead. Their injured driver escaped and informed the police in Sibut. 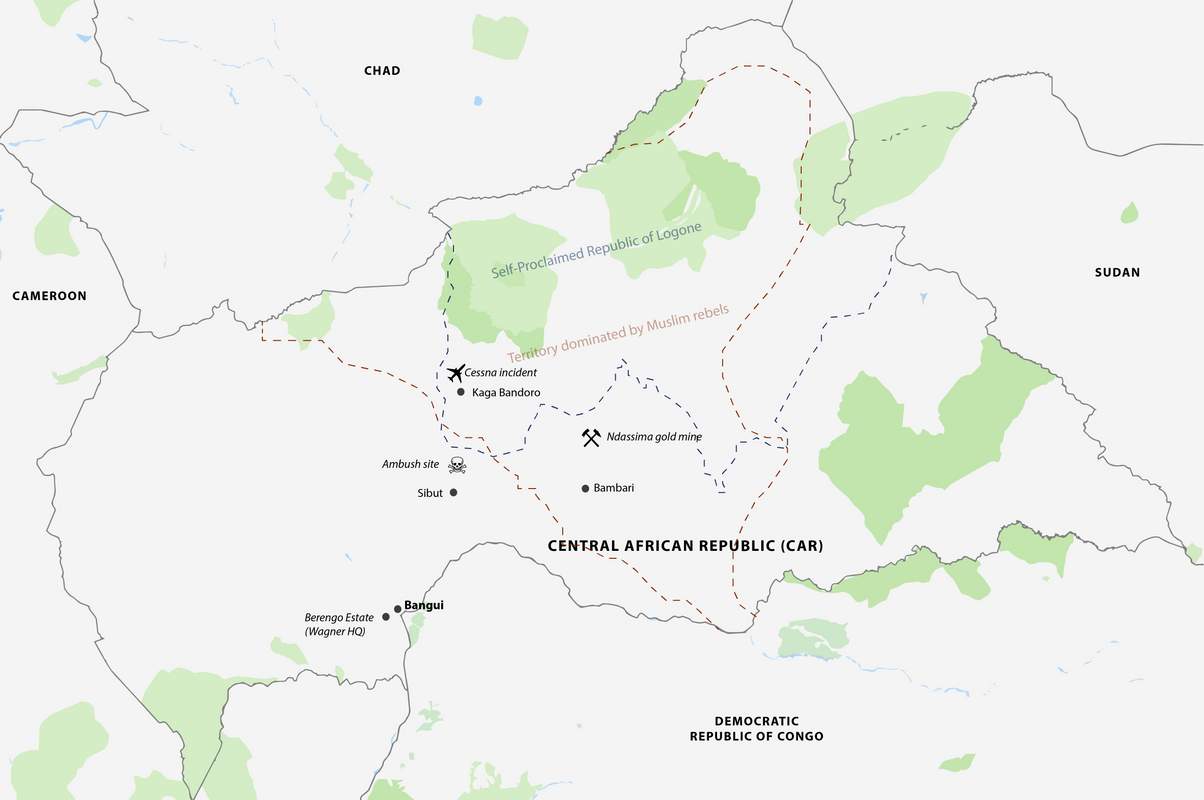 (3) Since armed robberies and assaults on foreigners are common occurrences in war-torn CAR, the official narrative does seem plausible. Possibly, the three journalists were merely at the wrong place at the wrong time. The nature of their research in CAR is, however, raising suspicions of foul play.

(4) Radchenko, Rastorguyev and Dzhemal were reportedly working on a documentary film about the Sankt Petersburg based private military corporation (PMC) Wagner and its activities in CAR. The Wagner Group is allegedly owned by Yevgeniy Prigozhin, a magnate closely associated with President Vladimir Putin.

(5) While the Russian government has never officially acknowledged the existence of Wagner, the PMC has been the go-to choice of the Russian Military Intelligence (GRU), when it comes to outsourcing politically sensitive external operations. In particular, Wagner is known for fighting alongside regular Russian troops and Iranian-backed militias in Syria and for aiding the separatists in Eastern Ukraine. The death of the three journalists now also exposes Wagner’s involvement in CAR’s security and mining business, throwing light on Russia’s newfound African ambitions.

(6) Taking inspiration from the Soviet past, Russia increasingly attempts to access rare resources and crowd-out Western influence in developing countries. In this regard, CAR is of high-priority, as it is the world’s poorest country, highly unstable and violent, but also rich in mineral resources such as gold, (gem-quality) diamonds, and uranium. In 2013, the country descended into chaos, as Muslim militias toppled the government. While a French military intervention pushed the rebels out of the capital in 2014, the central government remains powerless in the provinces. A 6,000 men United Nations (U.N.) peacekeeping mission guards the fragile status quo.

(8) According to an investigation by CITEAM, Wagner has established its central command at the Berengo estate 35 km southwest of the capital. Satellite images collected by CITEAM reveal that a double row of tents was erected in the estates’ courtyard on January 22, 2018. The compound was one of the sites that the three Russian journalists attempted to film – they were denied access, as they lacked proper press accreditation. 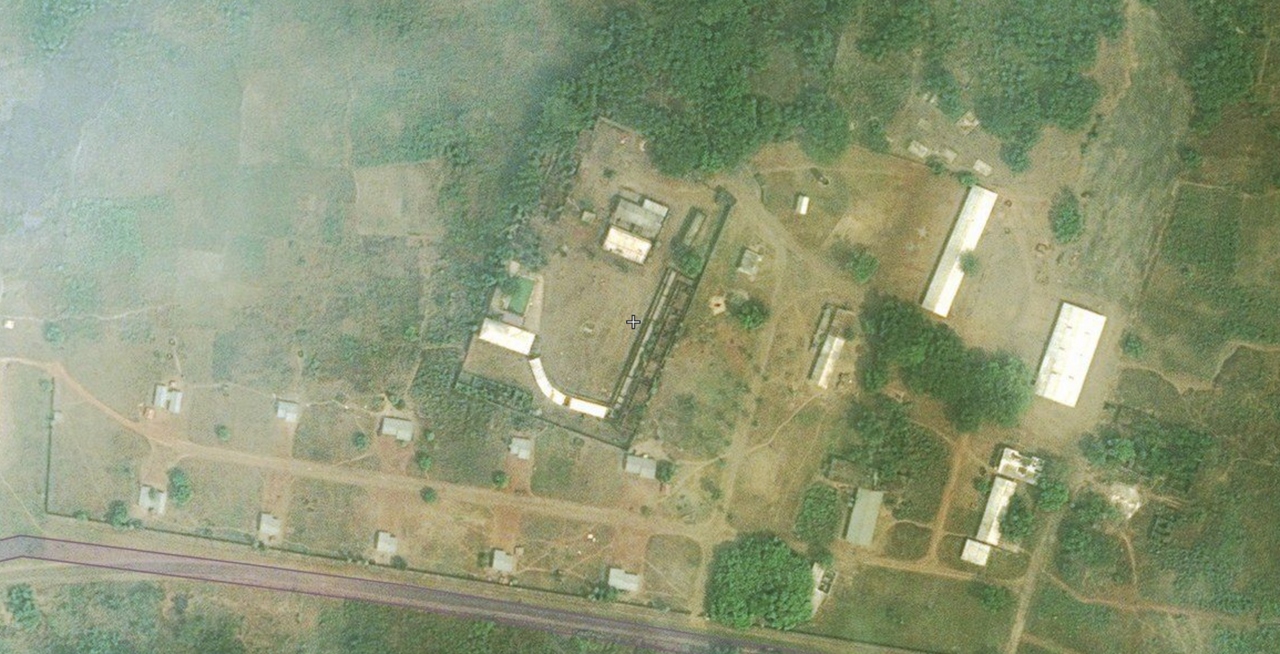 (9) Besides deploying “civilian advisors” for CAR’s central government, Wagner is also involved in the country’s mining business. Most notably, the PMC provides armed security services, including equipment transport and site security, for the company Lobaye Invest.

(10) Lobaye Invest is part of the Saint Petersburg based M-Invest Group, which is closely associated with Wagner’s founder Yevgeniy Prigozhin. In recent month, Lobaye has reportedly assumed operations at Ndassima gold mine 60 km north of Bambari. Officially, the Canadian company AXMIN holds the exploitation rights for Ndassima mine as part of the “Passandro Gold Project.” However, in December 2012, the mine was seized by Muslim rebel forces. After their takeover, the rebels have forced the local population to work in the mine, extracting gold through rudimental techniques. 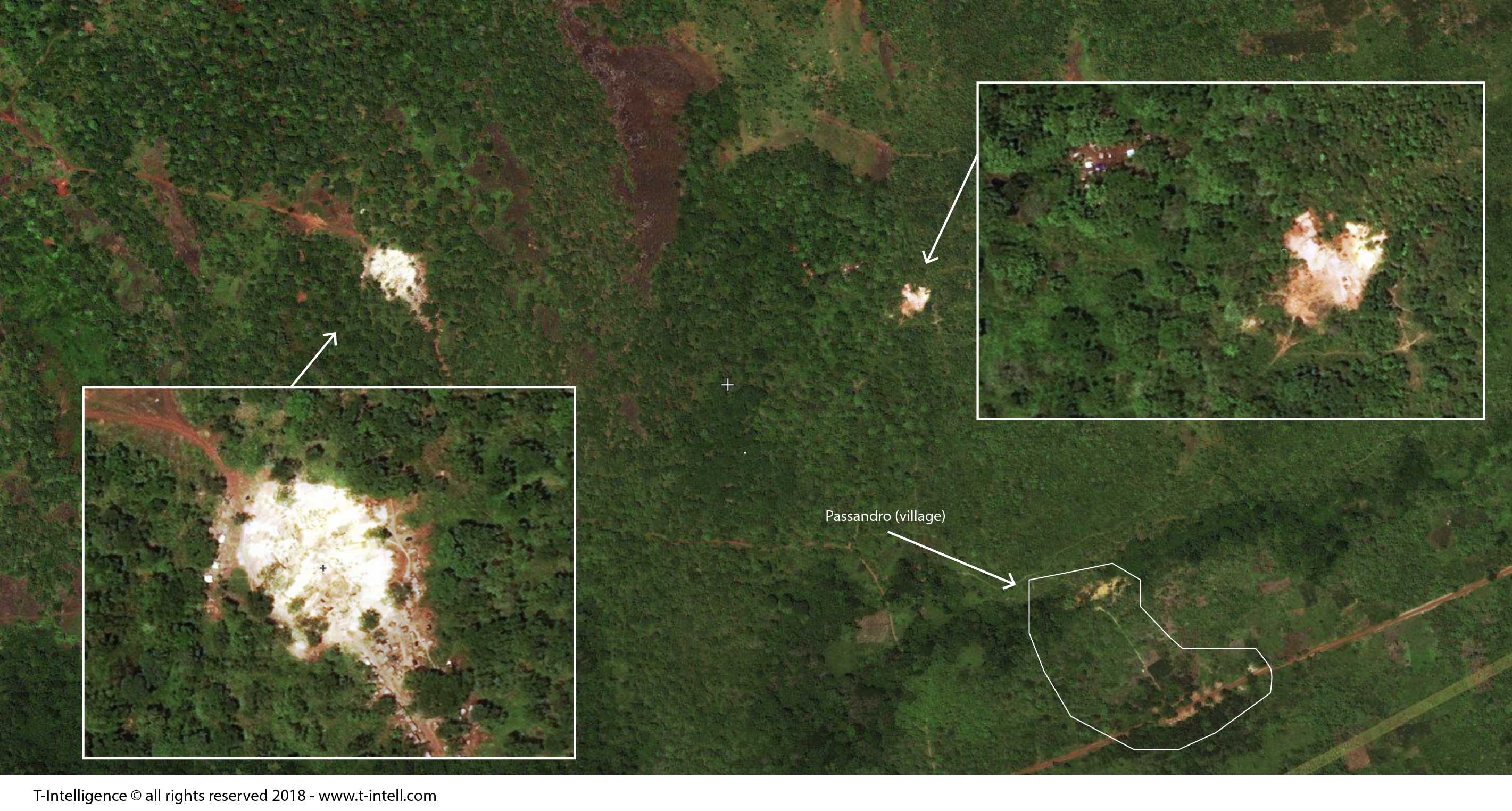 Satellite imagery shows the two largest queries of the Passandro project area. Ndassima gold can be seen on the left.

(11) As their lack of know-how does not allow the rebels to operate Ndassima mine at full capacity, is is highly likely that they have struck a deal with Wagner, allowing Lobaye to exploit the mine in exchange for a profit share. According to a report by the Russian newspaper Novaya Gazeta, Wagner representatives toured the area around Ndassima mine in April 2018, negotiating directly with rebel leaders. The mercenaries’ activities received public attention, as their Cessna plane was blocked by residents in Kaga-Bandoro. Sources suggest that the three killed journalist were planning to document Wagner’s current presence at Ndassima mine. 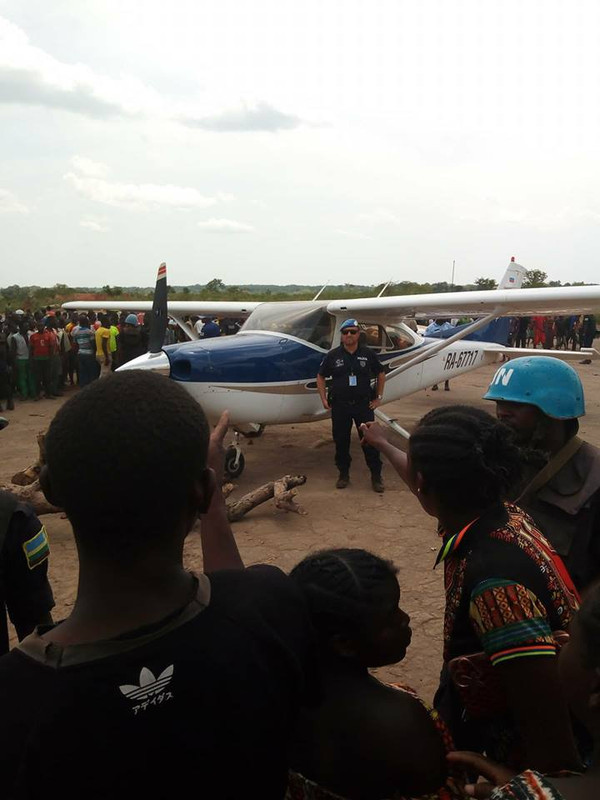 Wagner’s Cessna private jet was held up by villagers in Kaga Bandoro in April, 2018

(12) The Wagner/Lobaye-rebel collusion is a direct infringement of Russia’s security commitments to the U.N-recognized central government. The Russian-CAR security accord mainly seems to serve as a front for advancing the commercial interests of Putin’s oligarchic circle on the mineral market in Africa. At the same time, Russia’s double-edged game will likely exacerbate the government-rebel tensions and further destabilize a region traditionally policed by the U.N. and the French Republic. With Wagner in the forefront, Russia is killing three birds with one stone: selling weapons to the CAR government, exploiting the rebel-held mines, and stirring trouble for the West.

by Gecko and HARM 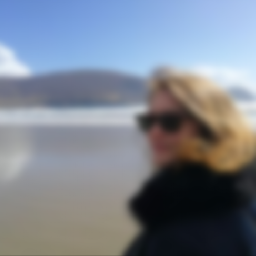 Call sign "Gecko" is the co-director and editor-in-chief of T-Intelligence. She leads the Russian Federation Task Force at T-intelligence and focuses on Russia's overseas operations. She has gained in-field experience in Belarus, the Caucasus and Central Asia.