The following analysis is an updated and revised version of our preliminary-battle damage assessment (P-BDA) released after very-high-resolution (VHR) satellite imagery of Saki Air Base surfaced online, on August 10….

The following analysis is an updated and revised version of our preliminary-battle damage assessment (P-BDA) released after very-high-resolution (VHR) satellite imagery of Saki Air Base surfaced online, on August 10. We assess that the explosions at Saki AB resulted from a Ukrainian attack and not a “work accident,” as described by Russian authorities.

Open-source GEOINT hot take on the aftermath of Saki Air Base, using @planet imagery from @trbrtc. Analysis is preliminary/ not definitive. BMs likely behind the strike due to craters, blast radius, and extent of damage. #Hrims remain top candidates (HE + fragment warheads) pic.twitter.com/80dD2tcl8M

Ukraine’s unclaimed attack on Saki AB left the Russian Navy’s 43rd Independent Naval Attack Aviation Regiment without at total of at least 11 aircraft, an unknown number of personnel, and an unquantifiable amount of auxiliary equipment and logistics. Our Battle Damage Assessment covers the parking area and main apron.

Compared to the P-BDA, V2 contains the before-explosion imagery (August 9), improves the visual communication of the initial analysis, adds more context to the cratered areas, re-labels a largely nondescript aircraft wreckage as a Su-30SM (previously mislabeled Su-24), and re-assesses the main apron damage (no aircraft wreckage visible on August 10). BDA V2 also highlights a damaged administrative building that was not marked in the P-BDA. Other noteworthy BDAs can be found here, here, and here, among others.

At the time of the writing of this report, there is still no definitive proof as to what weapon system carried out the attack. There is no hard evidence to break the tie between a missile strike and a SOF operation (both raid and stand-in strike).

In our “hot take” we assessed that short-range ballistic missiles (SRBMs) are most likely behind the strike, with the indigenous Hrim as the probable culprit. Other theoretical, albeit less likely, options are an extended range Tockha-U (Scarab), R-360 Neptune in a land-attack role, or ATACMS – the US has denied supplying the missile for Ukraine’s HIMARS.

Hrim has the range and payload to reach and prosecute Saki AB. Akin to the 9K270 Iskander (Stone), Hrim possesses certain kinematic characteristics that could allow it to evade Russia’s local multi-layered air defenses. It is also public knowledge that the Ukrainian defense industry has produced a small number of prototypes. As seen in the case of the Neptune program, war conditions can force a developing missile into limited service. 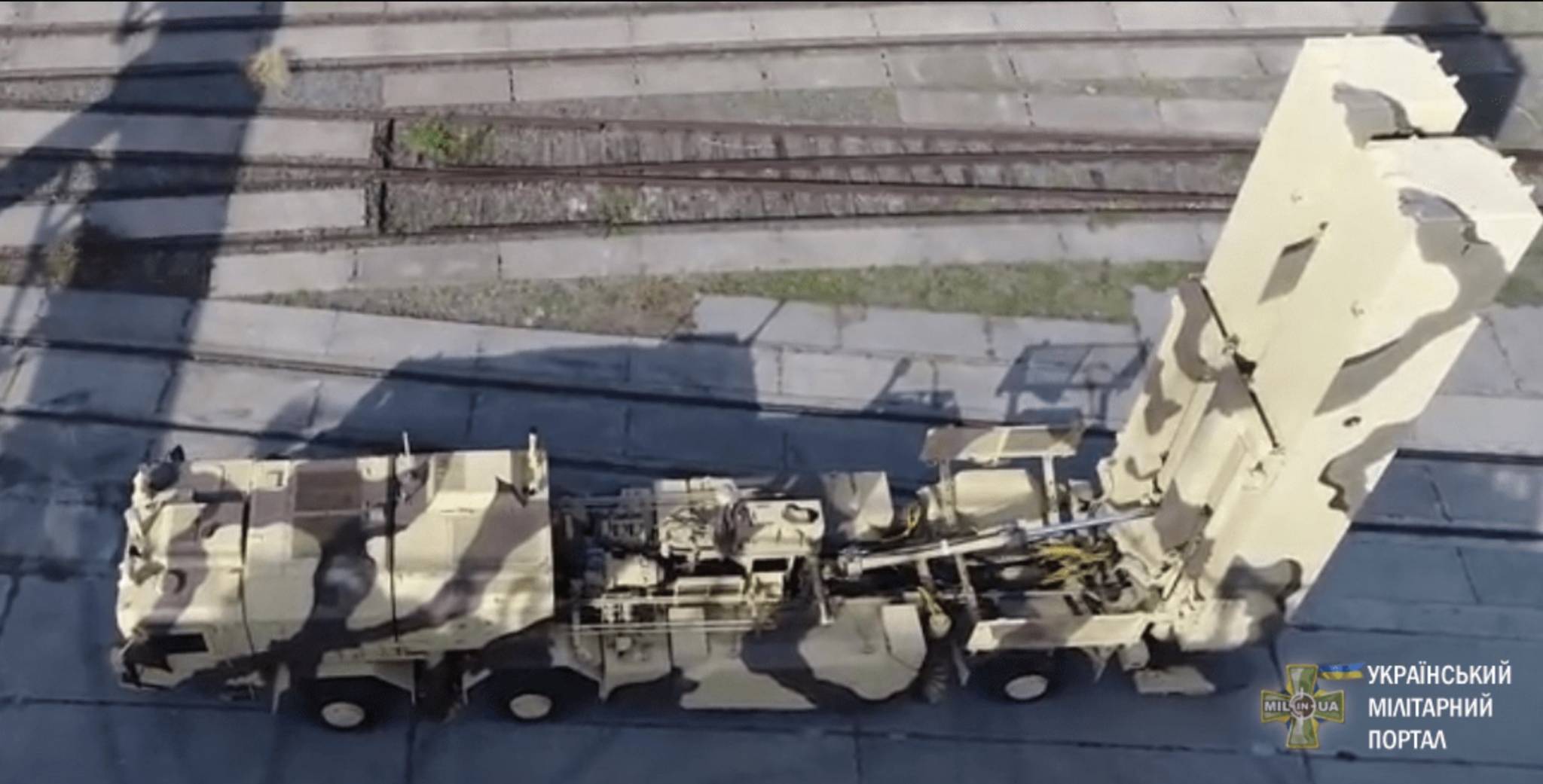 Tactical Report has a comprehensive report from January 2022 on the Hrim, including an exclusive update on the program’s status from the Saudi side, the financier and primary beneficiary of the SRBM project.

The SRBM theory continues to be backed by some circumstantial evidence, such as the craters, extent of damage, and even a possible missile magnetic signature detection. However, upon re-evaluation in the following days, we found that alternative explanations (see here and here) are also very likely and cannot be discarded.

Probably the most credible alternative is a short-range strike by SOFs with bomb-laden quadcopter drones or portable loitering munitions. These strike platforms do not have the payload to cause mass destruction, but they can ignite the presumed ammo dumps in the parking area.

Most available evidence, including the presence of craters and eyewitness videos from the event, can support both hypotheses in certain variations. Some key evidence is also missing, such as recovered attack system debris which could suggest a stand-off missile strike or bomb-laden drone launched by SOFs. There are also too many unknowns about crucial data points – e.g., contents of crates that exploded. Some likely held ammunition and fuel, as suggested by the massive detonations in the videos, but others may have not.

Both US and Ukrainian officials are keeping a tight lip over what happened. However, separate unofficial Ukrainian reports have mentioned the use of a “device of Ukrainian manufacturing” (New York Times) and the work of SOFs and/or partisans (Washington Post). These reports can also be interpreted as both complementing and contradicting each other, adding to the information fog surrounding the event. Even Presidential Military Advisor Oleksiy Arestovych has put forward both theories to explain the attack.

Ukraine does want to reveal further information about the attack on Saki Air Base due to political and operations security reasons. Regardless of how the operation unfolded, the strike underlines a series of weaknesses in the Russian-occupied “fortress Crimea” including in air defense and/or perimeter security.