1. The Israeli Defense Forces (IDF) have initiated Operation Northern Shield to identify and destroy Hezbollah cross-border tunnels in Northern Israel. At the moment, the IDF is operating exclusively on Israeli soil and has shown little intent to expand its operations across the Lebanese border. However, Jerusalem’s growing distrust of the United Nations Interim Force Lebanon (UNFIL) and the Lebanese government increases the likelihood of unilateral action on Israel’s part.

2. Operation Northern Shield takes place during a critical time for Israel. Prime Minister Netanyahu is facing criminal charges. The situation in Gaza and the West Bank remains volatile after last month’s 300-missile-salvo launched by Hamas and the Palestinian Islamic Jihad and the recent lockdown of Ramallah.

3. According to Israeli Intelligence, Hezbollah plans to capture Israel’s northern region of Galilee, by moving militiamen through the tunnels. The surprise attack will be covered by cross-border ballistic missile (BM) fire. It is virtually certain that Hezbollah has stockpiled a generous inventory of small-range BMs to use against Israel. Intelligence suggests that Hezbollah’s weapons stockpiles are concentrated in three locations around Beirut “Rafiki Hariri” International Airport. 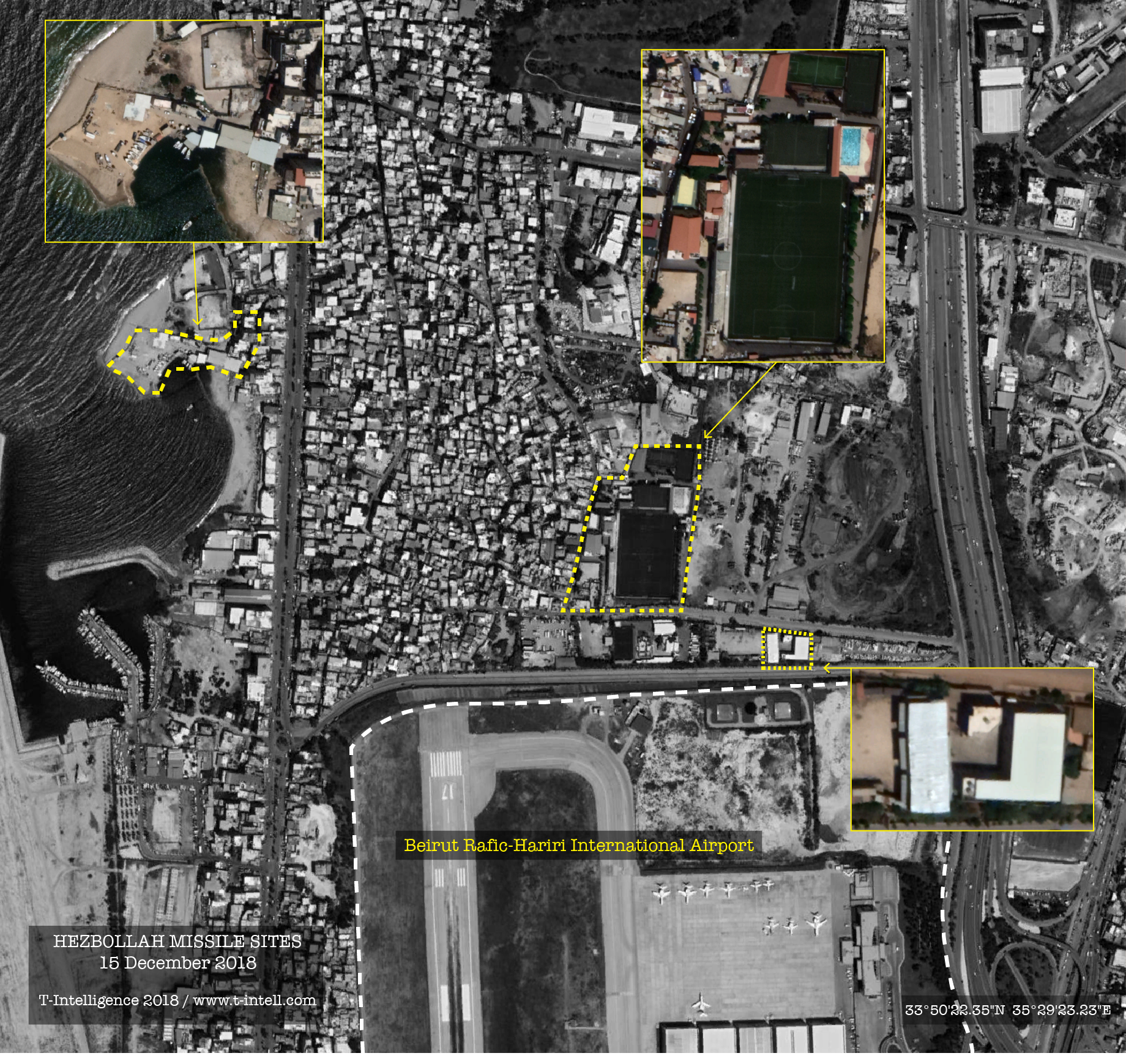 4. The BMs have been airlifted by the Iranian Revolutionary Guards Corps (IRGC) al-Quds Force to Syrian airfields and, more recently, directly to Beirut International Airport. The Israeli Air Forces’ (IAF) covert raids on the Iranian shipments have reduced, but not completely stopped the weapon transfers. Intelligence dating from September suggests that the latest IRGC shipments included GPS components, which can upgrade Hezbollah’s unguided rockets with precision-guided capability.

5. In Syria, Shi’a militias – including Hezbollah units – have likely reoccupied their positions near the Golan Heights, despite Russia’s guarantees that they will withdraw from the Israeli border. Iran also maintains a direct presence on the border, as IRGC advisors are embedded with key Syrian Arab Army units. Considering the IRGC’s entrenchment in Southern Syria and Iran’s longstanding investment in Hezbollah’s capabilities, there is mounting evidence of a bigger play against Israel.

6. We assess that Israel acted in response to the following threat scenario: 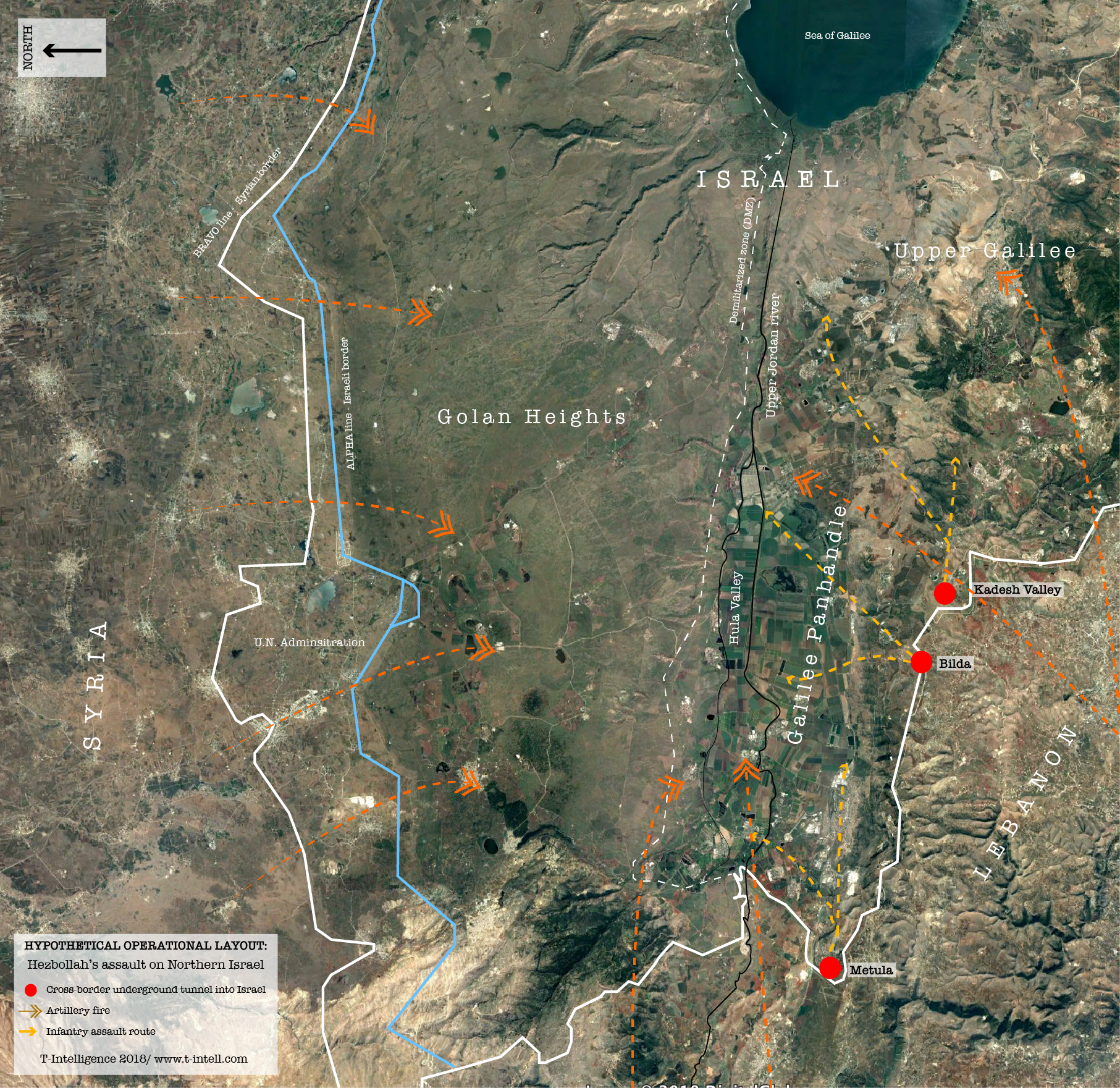 7. Our threat scenario is based on the following capabilities and trend indicators: 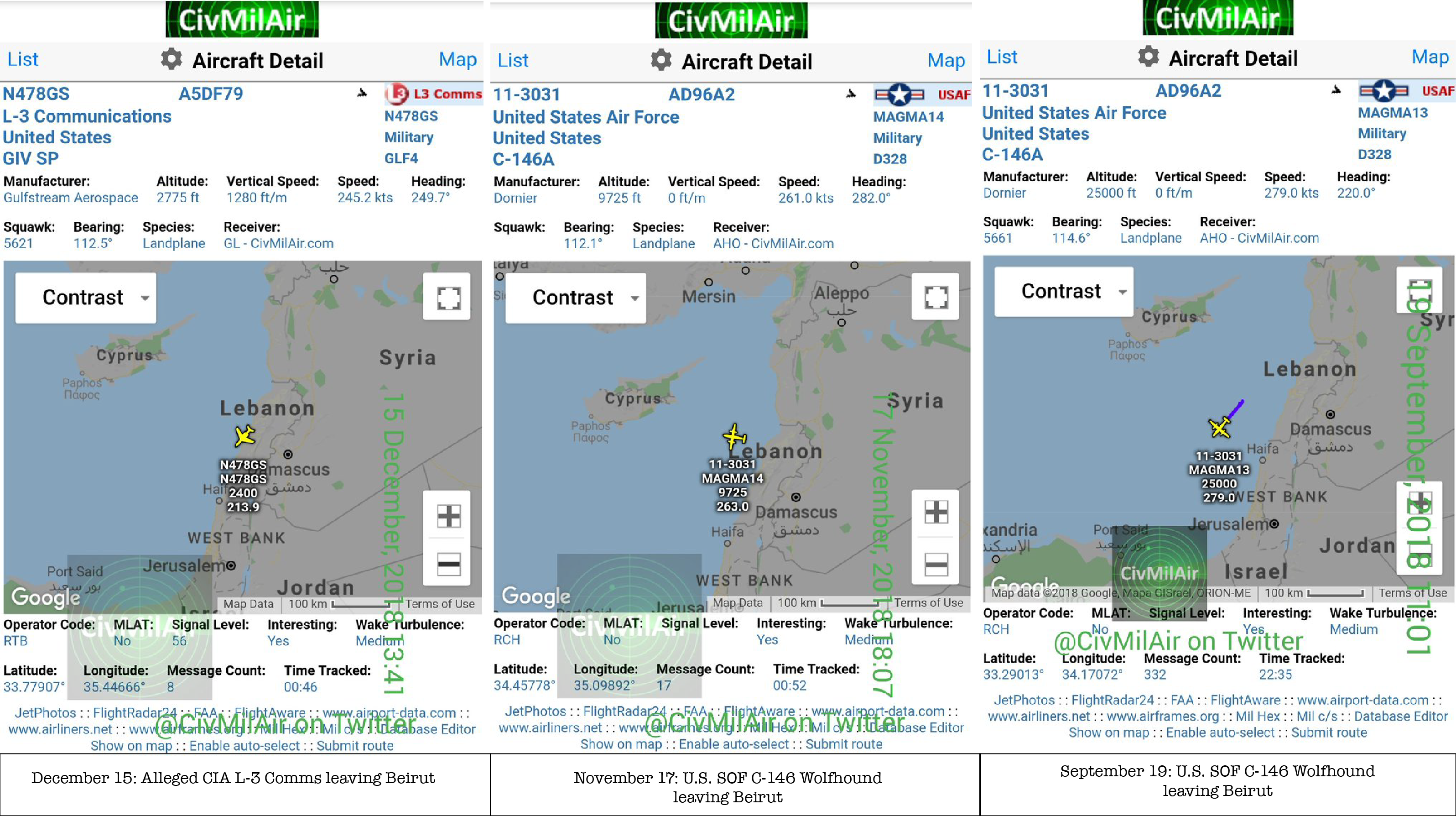 8. While we are confident that Iran’s success in the Syrian Civil War will translate in ambitious (covert) operations against Israel, we cannot assess whether an Hezbollah operation was imminent. Israel likely decided to act preemptively and, in the process, to test international reactions.

9. Hezbollah denies the Israeli claims. Both the U.N. mission and the Lebanese government have refused to attribute the cross-border tunnels to the Lebanese group. UNFIL authorities are liaising with both the IDF and Lebanese Armed Forces (LAF) and have hosted a tripartite meeting in order to guarantee transparency.

10. IDF engineers and bomb disposal units have identified and destroyed three 200-meter long tunnels that stretched 35-37 m inside Israeli territory. The IDF placed a camera inside the first tunnel and caught two individuals on tape. One of them was identified as Dr. Imad “Azaladin” Fahs, a commander of the local Hezbollah unit. Hezbollah has denied the allegation and claimed that the men in the video were drug dealers. The IDF fired on another Hezbollah unit that attempted to recon the IDF’s presence in the Kadesh valelly.

We surprised this Hezbollah operative before he could surprise Israeli civilians. Take a look at what we caught on camera from inside an attack tunnel dug from Lebanon into Israel. #NorthernShield pic.twitter.com/CFXl33hx7i

11. Israeli officials seem to put little faith in the LAF’s commitment and capacity to counter Hezbollah. UNFIL has also been largely unsuccessful in identifying and preventing Hezbollah’s activities in southern Lebanon. The growing frustration and distrust between the parties will increase the likelihood of further unilateral action on Israel’s part.

12. Israel announced the completion of Operation Northern Shield on January 13, 2019. Overall, the IDF has exposed and destroyed six cross-border tunnels. The last three tunnels (discovered on December 15, December 29, and January 12) were dug from the Ramyeh-Ayta al-Shab areas in southwestern Lebanon. In order to relieve the pressure on the vulnerable Galilee Pandhandle area, IDF engineers erected fences in the Adaisseh region.  The Meir Amit Intelligence and Terrorism Information Center reports that the Hezbollah leadership, including its leader Hassan Nasrallah, have thus far preserved media silence and made almost no reference to the events.

Consequences of the U.S. Troop Withdrawal from Syria

The Ayatollah’s Shield: SAM Deployments and Capabilities of the Iranian Air Defenses (IMINT)