URGENT BRIEF – The United States have deployed more forces near the northern Syrian city of Manbij, liberated in July 2016 from ISIS, by the Syrian Democratic Forces (SDF)-led by the Kurdish militia, YPG. Territory already transferred to Russian-Syrian control in order to prevent a Turkish assault on it.

On February 24th, the Turkish Armed Forces (TSK) and mainly, its local allies as groups from the Syrian Turkmen Brigades, the Free Syrian Army (FSA) or the Islamist Ahrar ash-Sham have liberated the strategic city of Al-Bab from ISIS (video briefing here). After the 104-days long battle, President Erdogan and the Government in Ankara announced its intentions to spearhead the US-backed offensive to regain Raqqa (Rakkah), self-proclaimed “capital” of ISIS, but also to liberate Manbij from the Kurds.

Turkey, the Kurdish YPG and SDF are all US allies and partners in the fight against ISIS. A major fight between them would mean an operational setback in northern Syria, especially given the advanced state of the SDF-led operation “Wrath of Euphrates” that is now at 10 km north of Raqqa.

But while the Turks and FSA (Operational “Euphrates Shield”) were busy with consolidating Al-Bab and it’s rural surroundings from ISIS, the Regime’s Syrian Arab Army with Russian air support have managed to capture Tadef, a small town just 2 km south of al-Bab; furthermore, they’ve continued to work their way east until they have established a corridor to the territory held by YPG and SDF. In addition, this land connection does not only link the two friendly camps (SAA and YPG/SDF) but also cuts Turkey’s frontline with ISIS. 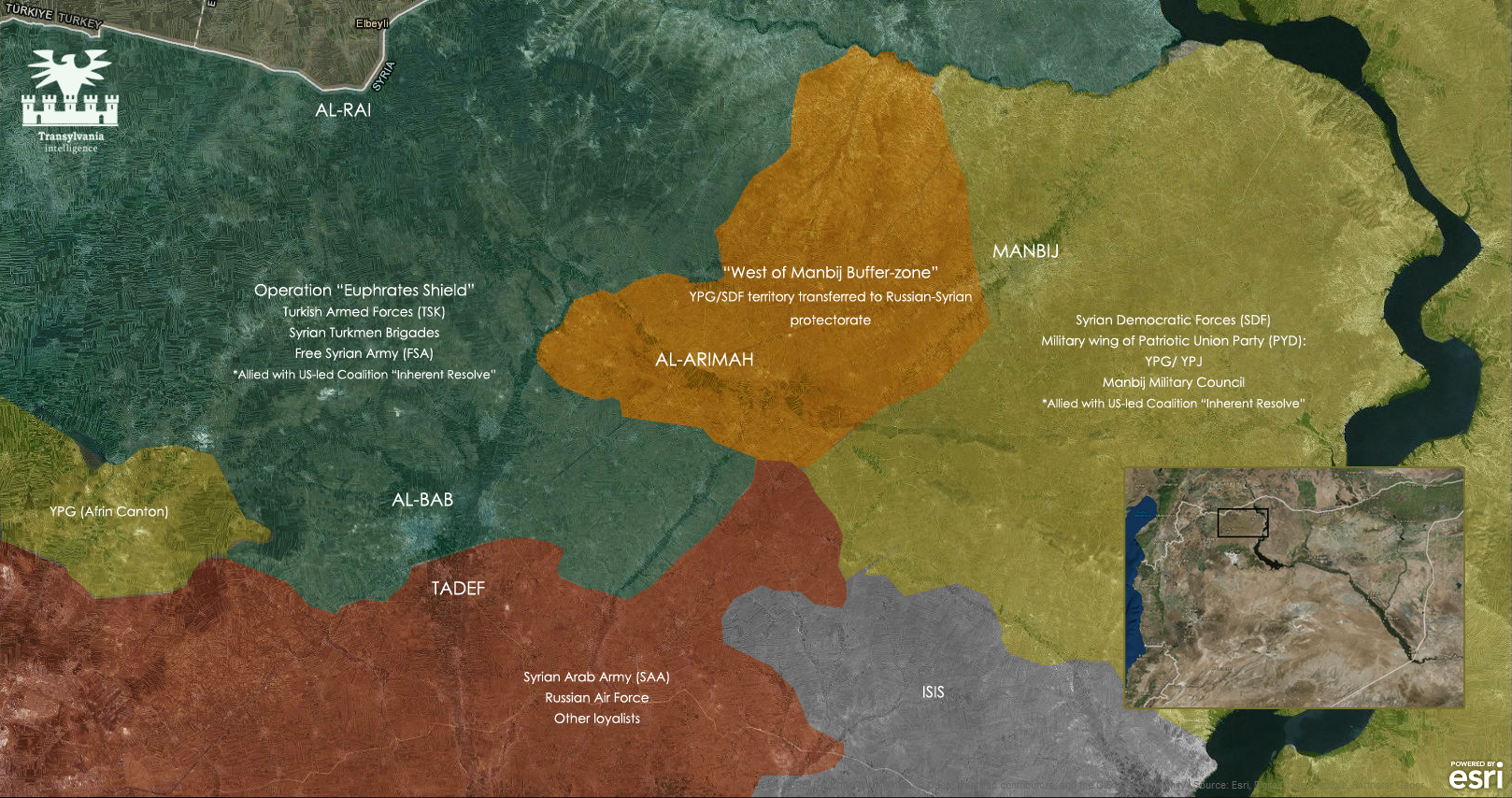 The Kurdish YPG, which make-up the majority of the fighters in SDF and are the leading officers and commanders are not part of the Rebellion and have a friendly relation with the Regime and authorities of President Bashar al-Assad. Subsequently, Assad has the interest to keep the relation warm in order to extend it’s sovereignty over the northern territories, where he does not possess sufficient assets or resources to unilaterally achieve it.

With Turkey and its allies already assaulting the surrounding villages around Al-Arimah the Kurds had a unique idea in order to prevent and avoid a full assault. An agreement was struck on March 3rd, between the Manbij Military Council (appointed by SDF/YPG) and Russia, through which the territory west of Manbij will be transferred under Syrian control, and therefore, under Russian protectorate as well. Through this move, there is the expectation that Turkey will be deterred from advancing.

While Syrian and Russian forces didn’t yet arrive to occupy the area and fully accommodate there, the first signs of Russians presence appeared online, through crowd sourcing, showing Syrian-Russian humanitarian aid being delivered by soldiers in Manbij. 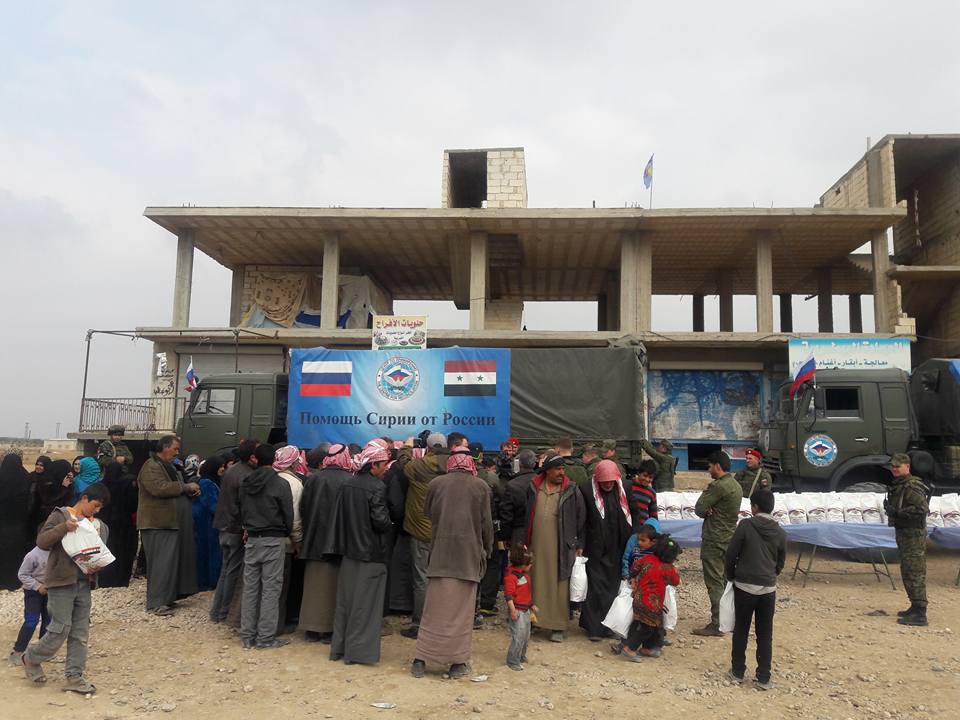 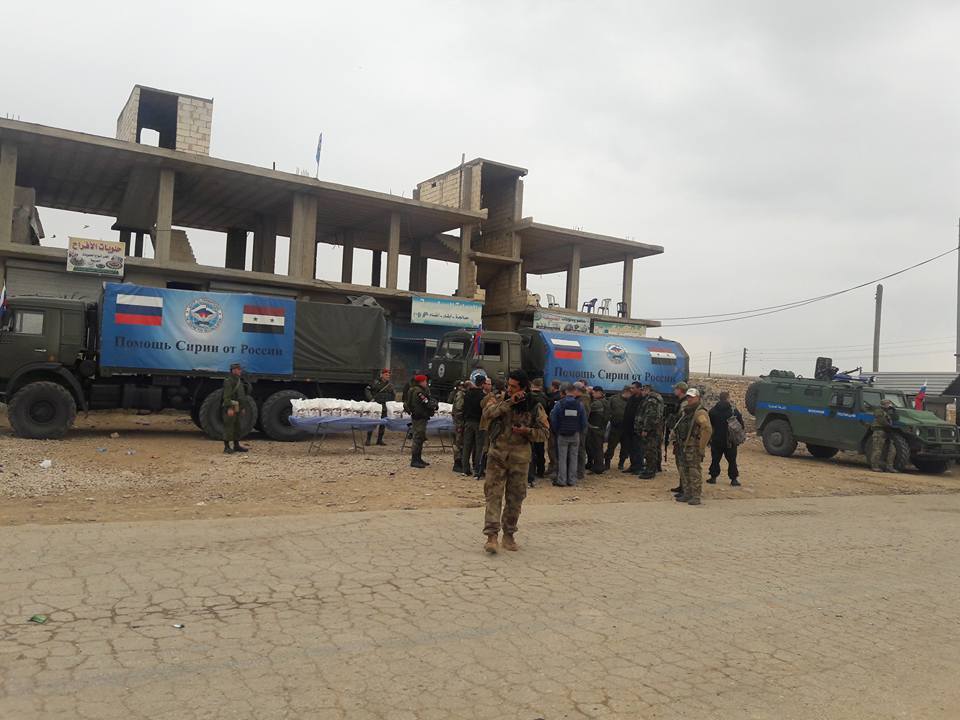 Position from the US-led Coalition

Furthermore, the United States have moved troops from east of the Euphrates, crossing the M20 bridge to Manbij. An American military spokesman spoke with the New York Times about these recent developments: “The coalition has increased its force presence in and around Manbij to deter any hostile action against the city and its civilians, to enhance local governance and to ensure there is no persistent Y.P.G. presence,” The spokesman added, “This is a deliberate action to reassure our coalition members and partner forces, deter aggression, and ensure all parties remain focused on defeating our common enemy, ISIS.”

Lt. Gen. Stephen Townsend, who commands the American-led task force that is fighting ISIS told reporters on Wednesday that Syrian government troops had advanced near Manbij to the point where they were within “rifle range” of Syrian Arab fighters backed by American forces.

“It’s very difficult and complicated,” said General Townsend, adding that it was important that tensions among the groups not disrupt the campaign against the Islamic State. “That’s what we ought to keep our efforts focused on, and not fighting deliberately or accidentally with one another.”

Following these events, Turkish Prime Minister, Binali Yildirim said at a demonstration in the Turkish city of Sinop: “We do not consider the scenario, under which the Syrian army would enter Manbij, as negative one. The Kurdish self-defense units are leaving the city. The Syrian land must belong to the Syrians,” 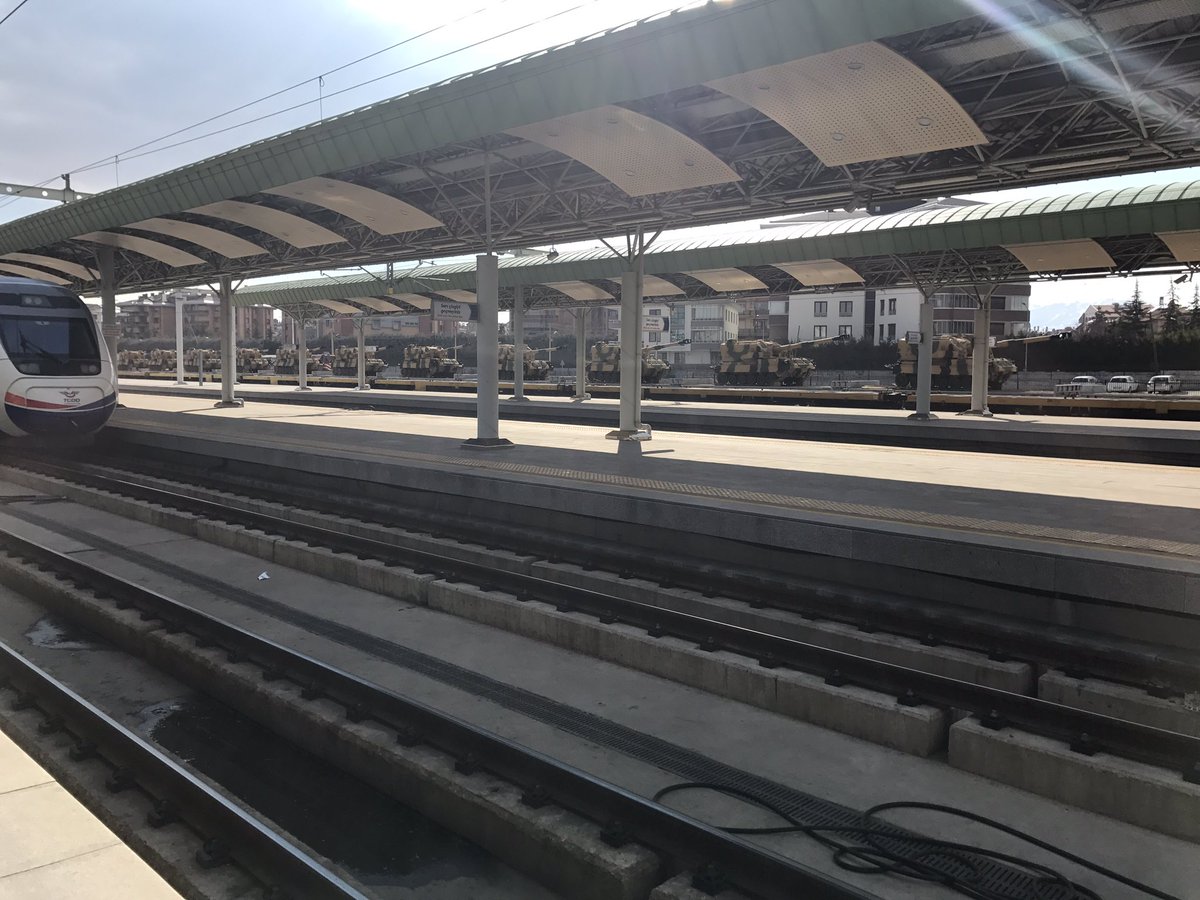 Although, photos have surfaced online showing that Turkey has detached new armored vehicles and 155mm Howitzers to northern Syria. Possible scenarios could be:

Conclusively speaking, Turkey’s intervention of creating a buffer zone against ISIS, but also against the Kurds, has been outmaneuvered by the Kurds which created a buffer-zone against the Turks, by de jure transferring some of the captured land to Russia and Syria. Whether the move is just a bluff or a full occupation will indeed take place, it remains to be seen What’s sure is that decision-makers in Ankara are still assessing the options and are communicating with American and Russian partners to seek alternate ways. Subsequently flying drones to monitor movements west of Manbij in order assess if Syrian-Russian troops will indeed occupy these grounds. If not, it’s also possible that Ankara could ignore the formal agreement ratified by the Manbij Military Council.

A more complex matter is that of the American forces in Manbij. Their presence should be enough to deter Turkish-Rebel attacks on the city, which could hit US forces.

Road to Raqqa: Are we there yet?